"QuantEco is an independent lead research house specialising in delivering business economics and financial markets intelligence to corporates and investors. While we do operate in a global context, our core expertise is in Indian economy and markets, backed by strong analytics and qualitative analysis. Harnessed by decades of cumulative rich research experience, Dr Shubhada M Rao is leading the research team. Join us to gain actionable economic insights and build strategies for growth"

Dr. Shubhada M. Rao is the Founder of QuantEco, an independent lead research house specialising in delivering business economics and financial markets intelligence to corporates and investors. Prior to setting up QuantEco, she served as a Senior Group President & Chief Economist at YES Bank. She was responsible for Business Economics Banking, providing macroeconomic research outlook at the Bank.

Shubhada brings with her over 30 years of experience in academia and industry. In her earlier stints, Shubhada has worked as Chief Economist with marquee financial sector entities like Kotak Institutional Equities, CRISIL and Times Bank and as Economist with Risk Department at Bank of Baroda. A gold medalist from University of Mumbai, she began her career in banking with ICICI, a marquee premier institution, in their planning and treasury department after completing her PhD in Economics from the University of Mumbai.

In the past, she has held various industry association positions such as

As a thought leader, she has made extensive presentations on Indian Economy to central banks including the Federal Reserve, Bank of England, Bank of Canada, Ministers and delegations/Secretaries of State of the UK & US, Consul Generals, High Commissioners of many Embassies, G20-IIF meetings, among others. Her views have often been aired on domestic and international electronic and print media like CNBC, ETNow, BBC-World, CNN, Bloomberg Asia and local business dailies. Under her leadership her team was often ranked among Top 3 forecasters of Indian economic indicators by Bloomberg and was the cited as top forecaster for currency in 2016 by Reuters. 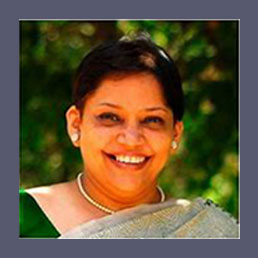 Yuvika Singhal is an economist with 10+ years of experience in India economic research with specialisation in empirical work in macroeconomy and public policy. Prior to joining QuantEco Research, she has worked with YES Bank (10 years) and ICICI Bank (2 years) in close association with the Treasury teams catering to clients across multinationals, large domestic corporates, government bodies and ministries.

At QuantEco Research, Yuvika regularly presents to clients on the India economic and financial market outlook and comments on economic developments in the media to CNBC, BTVI, Zee Business etc. She has significant expertise as a modeller and econometrician, and readily extends her core competency in macroeconomics to interdisciplinary work such as credit risk assessment, forecasting among others.

Yuvika holds an undergraduate and postgraduate degree in Economics from Shri Ram College of Commerce and the Delhi School of Economics respectively. She represented India at the 2013 Economics International Visitors Leadership Program (IVLP) in the US.

Vivek Kumar joined QuantEco in November 2020. He holds a master’s degree in economics from the Delhi School of Economics and brings along over 15-years of rich industry experience in the field of macroeconomics research with focus on financial markets, especially currency, fixed income, and money market.

Vivek has extensive experience in engaging with treasury clients, foreign investors/regulators/trade associations, and multilateral bodies over coverage of economic and financial market outlook for India. Over the last decade, Vivek has also been addressing key domestic industry associations via various outreach programs. His views and opinion on Indian economy often find coverage in various forms of media, including financial media houses.

Prior to joining QuantEco, Vivek worked as President and Senior Economist at YES Bank. His earlier stints included the role of Treasury Economist at ICICI Bank and Research Associate at Progeon.

Besides economics, Vivek likes reading non-fiction, going for long drives, and cooking. Pursuing photography and starting a blog on the interplay between behavioural economics and finance are items currently on his bucket list. 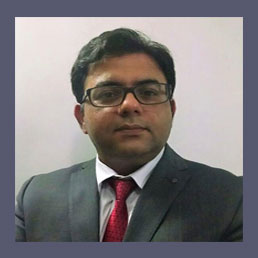